Now the event is over, here at Ideable we wish to thank everyone who, in one way or another, took part in eHealth Bilbao, which was held at the Euskalduna Conference Centre on the 12th of November.

We offer sincere thanks to Bilbao City Council for their involvement and support of the event; its success would not have been possible without their cooperation.

We thank our sponsors, Boehringer Ingelheim, Merck and TAK Learning, for their support in holding the event.

Thanks also go to the Basque Innovation Agency, Innobasque, to Euskal Valley, the Basque technological startup association, and the Association of eHealth Researchers, AIES, without whom the event would not have been possible.

Recognition should also be given to the immeasurable support of COM Salud and Salud Social Media for their work in disseminating and drawing up the event programme.

Thank you to each of the 34 speakers and moderators who participated in eHealth Bilbao; they brought unbeatable value and quality in the event contents. They surpassed the challenge we set them that the health professionals who are already successfully using the technology should be the ones who transmit this success to other professionals, as they speak the same language.

Thank you to the more than 200 attendees who took part in the different paper sessions, you can see images of the event on our website. Also to those who followed the event via streaming, we recognise that there were many of you, and to those who made us a trendind topic at national level. 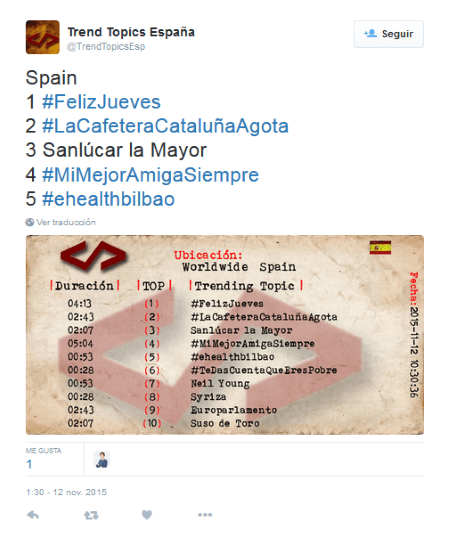 According to the specialised platform Symplur, during the ehealth Bilbao event, 407 participants tweeted 2295 times talking about the event (#ehealthbilbao), achieving a total of more than 5.5 million impressions. 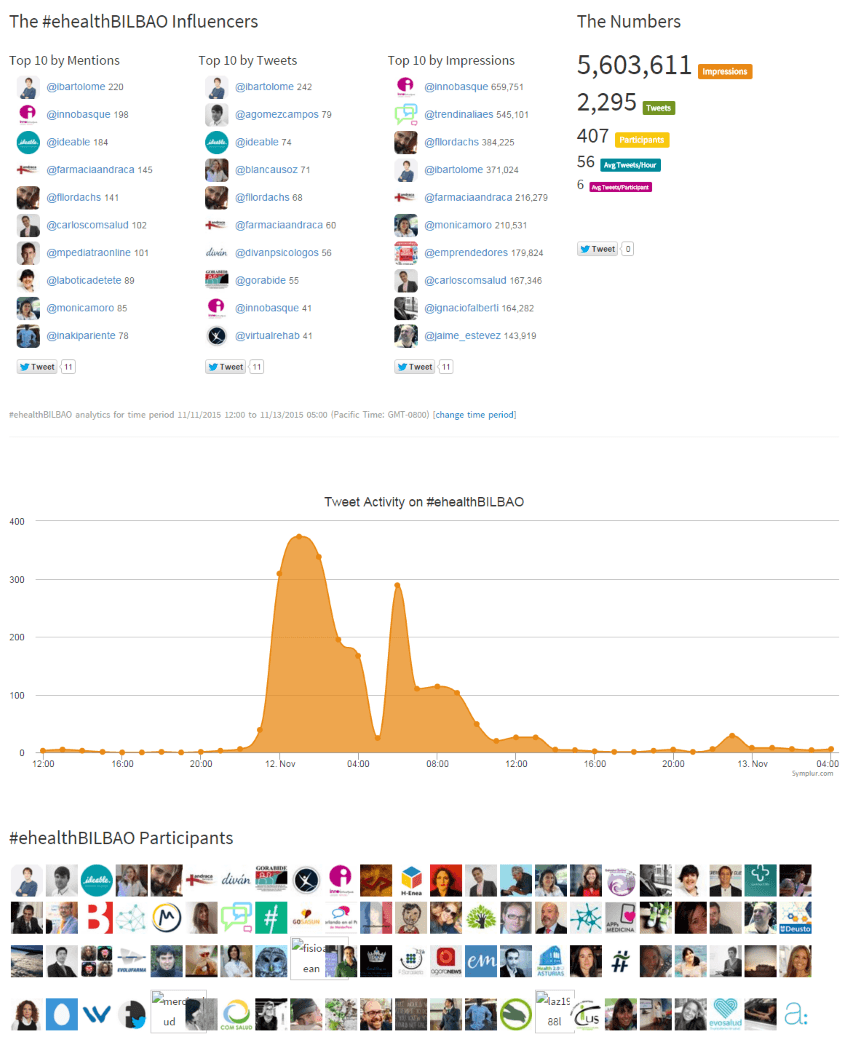 The successful projects presented at eHealth Bilbao came from top-level speakers who represented all the areas involved in eHealth, medicine, research, technology, security and communication.

Digitalization of the health sector still has a long way to go, but this event has demonstrated that digitalization through new technologies is unstoppable.

This is a short summary of all the talks we enjoyed during the event:

Iñaki Pariente, director of the Basque Data Protection Agency presented the legal panorama surrounding user privacy and data security both from an operational and sanctions perspective. In his talk, he explained the points to take into account to comply with the Data Protection Law. The legal framework is always a delicate issue, even more so when dealing with information relating to health and people.

The main ideas from his talk were that Skype and Whatsapp are not secure for doctor-patient relationships and that, in fact, they clearly do not comply with Data Protection Law.

Begoña Barturen, founding partner of ClickDoctors, showed how, thanks to their application with E/M-Health technologies based on our Kwido care platform, the quality of life of chronically ill patients can be improved, whilst also optimising public health resources.

Alfonso Cuadros, Cognitiva Unidad de Memoria training director, told us about Mementia, a complete platform, which is integrated in our Kwido multidevice system, and which goes beyond digital cognitive stimulation. It is suitable for people of any age as a cognitive stimulation platform to be used as a preventive approach, or for people diagnosed as non-pharmaceutical treatment.

Eva Aga, explained how and why they have chosen new technologies at the Burmuin Institute and showed us projects they have in progress such as the InCalm mobile application for the quantification and regulation of day-to-day stress and which is currently being developed by Ideable.

Eider Fernández, cofounder and partner of Divanpsicologos.com, presented their 100% online iconsulting platform which fully complies with the Data Protection Law, and which is a benchmark for a new kind of psychological care; a new way of putting something as important as emotional wellbeing within reach of anyone, anywhere and at any time. This is another project with technology development by Ideable and includes videoconferencing and an integrated payment system.

Professionals on the Internet

Olga Polo, midwife and researcher specializing in the pelvic floor, presented her Boltex Medical project and its first steps towards digitalization and social networks. Ideable also helped her eCommerce experience get up and running with platforms such as WordPress and Woocommerce.

We have put together some of the news items which mention the eHealth Bilbao event:

Thank you for everything and see you next year! 😉